‘Disney Gallery: The Mandalorian’ Docuseries Debuts On Disney+ In May 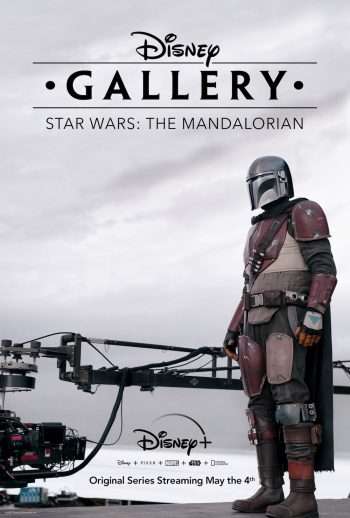 Jon Favreau, the executive producer behind the runaway smash series The Mandalorian, gives viewers an inside look at the program with the upcoming docuseries Disney Gallery: The Mandalorian.

The eight episode program will explore the different facets of creating the project, and it will be interesting to see the different directors (including Deborah Chow, Rick Famuyiwa, Dave Filoni, Taika Waititi, and Bryce Dallas Howard) discuss their approach to The Mandalorian. Along with the filmmakers, cast members Pedro Pascal (The Mandalorian) and Gina Carano (Cara Dune) will also provide their insights on the celebrated series.

“George (Lucas) reiterated, ‘remember to make these stories hopeful, to give that to kids, because they really need it,'” said Filoni in the trailer. “It’s important to the foundation of Star Wars. We don’t just want action – we want to feel uplifted. Star Wars ultimately is about family. It is saying there is a lot of hope out there.

The original series begins streaming on Disney+ come May 4, and new episodes will air ever Friday.