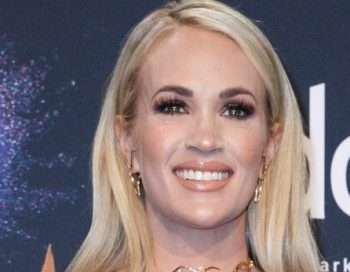 There can never be any debate that Kelly Clarkson was the first American Idol winner, but Carrie Underwood sure has given her a run for her money as the show’s most successful winner. Just look at the stats on Underwood’s career: 70 million records sold worldwide, seven Grammy awards, 15 #1 songs on Billboard’s Country Singles chart, and she’s been named Billboard’s top female country artist in each of the millennium’s first two decades. Add to that a successful clothing line and a newly released best-selling book, Find Your Path, and it’s been an amazing run for Underwood so far. Fifteen years after her “Idol” win, we asked the 37-year-old mother of two if she ever stops to look back at all she’s accomplished since her career began.  (Click on the media bar below to hear Carrie Underwood)

Take a look at the video for Underwood’s latest hit, Drinking Alone.