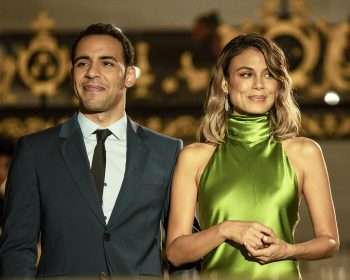 Is The Baker and the Beauty a far-fetched fantasy? Or is the story of a big movie star falling for an ordinary guy something that could actually happen in this crazy world? Of course, as a network romantic comedy, the story’s been sensationalized a bit for dramatic effect. But the show’s star, Victor Rasuk, is clearly a romantic at heart, and he believes that at a time when social media is connecting people like never before, the show’s premise doesn’t really sound all that strange to him.