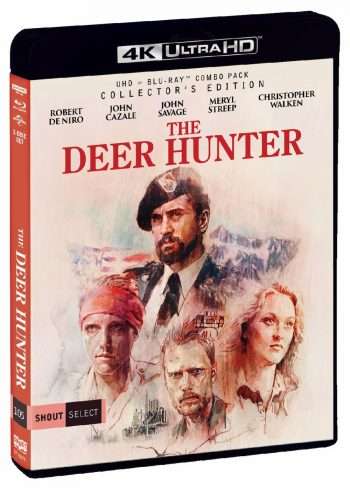 The Deer Hunter (Collector’s Edition) makes its 4K UHD debut on May 26 via Shout Select. The two disc UHD + Blu-ray Combo Pack  also comes with an exclusive poster for people who preorder the Collector’s Edition (while supplies last).

The Deer Hunter was director Michael Cimino’s crowinging achievement, as it on five Oscars (including for Best Director and Best Picture). The drama, which centered on how the Vietnam War affected the lives of Pennsylvania steelworkers and their loved ones, stars Robert De Niro, Christopher Walken, Meryl Streep and John Savage.

Are you looking forward to the release of The Deer Hunter (Collector’s Edition)? Feel free to comment below!