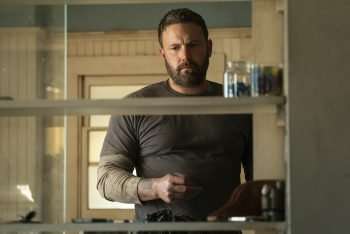 The Way Back headlined by Ben Affleck hits Blu-ray and DVD on May 19. Digital users will be able to

Released on March 6, the feature made $14 million worldwide but that number is deceiving. With the spread of the coronavirus and with stay at home orders in place, a visit to the theaters simply was not feasible.Warner Bros. ultimately released the film on digital VOD on March 24 via such services as iTunes, FandagoNOW, Amazon, Playstation, and Vudu.

The narrative centers on Jack Cunningham (Affleck), a former basketball high school star who walked away from the game even though he had the skills to make it to the NBA. His shot at a second chance comes when he is asked to coach the down in the dumps basketball team at his alma mater. The Way Back reunites Affleck with Gavin O’Connor, the filmmaker behind The Accountant.

Click on the media bar to hear Ben Affleck talk about being emotionally truthful to the film’s storyline: