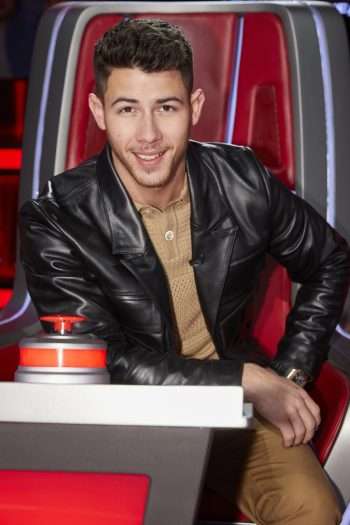 As a rookie coach on The Voice, Nick Jonas has been working hard to figure out his coaching style and strategy. It’s been a trial by fire for him — after all, he’s up against the three coaches with the show’s all-time highest winning percentages: Kelly Clarkson (3 for 4), John Legend (1 for 2), and Blake Shelton (6 for 17), Is Jonas intimidated? Well, maybe just a little bit, but he definitely has a lot of respect for his colleagues. (Click on the media bar below to hear Nick Jonas)