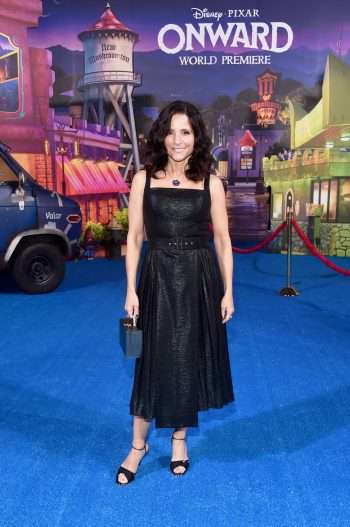 Disney/Pixar’s latest release, Onward, seems to exist in a world all its own. It’s populated by elves, yet seems to be like a typical American suburb. From a time perspective, it’s modern, yet it’s also got some old-fashioned flourishes, too. Julia Louis-Dreyfus told us this unique atmosphere is one of her very favorite things about the film. (Click on the media bar below to hear Julia Louis-Dreyfus)

Onward is now streaming on Disney+, with streaming rentals available on other services.