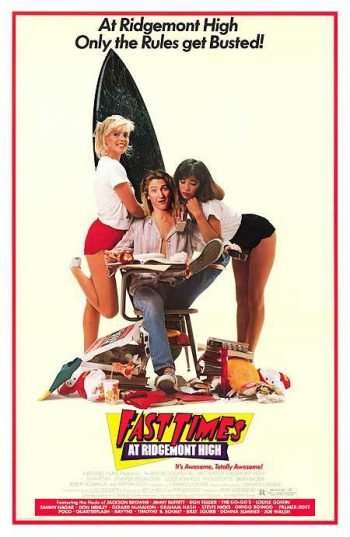 With so many of America’s schools closed right now, you can always go back to campus via the movies — and there haven’t been many high school movies that can rival 1982’s Fast Times at Ridgemont High. With a cast that included several young stars-to-be, a witty script from then-newcomer Cameron Crowe, and an amazing soundtrack, Fast Times has attained the legendary status that few teen-oriented movies ever achieve. (In fact, it’s been preserved in the U.S. National Film Registry at the Library of Congress.) With hindsight being 20/20, though, a couple of those young stars remember the filming process very differently: For Sean Penn, it was an amazing experience; for Nicolas Cage, it was one he’d rather forget. (Click on the media bar below to hear Sean Penn & Nicolas Cage)

Fast Times at Ridgemont High is now streaming on the Starz app. It’s also available for purchase digitally and on those old-fashioned DVDs and Blu-Rays.