With New ‘SVU’ Spinoff, Christopher Meloni’s Getting Back On The Beat 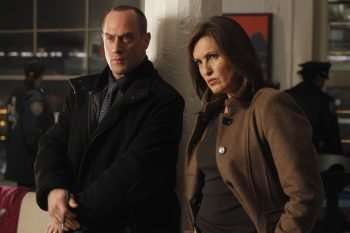 It’s been nine years since Christopher Meloni said goodbye to Law & Order: SVU. He left the show after 12 seasons in a heated contract dispute, but apparently those bridges weren’t totally burnt, because it’s been announced that Meloni will bring back the character of Elliot Stabler in a new Law & Order show that’s already been picked up as an NBC series. Since he’ll be bringing back his old character, the new series will be set in the same world as SVU. It’s a world Meloni knows all too well, because he’s talked a lot with the men and women who do the job in real life. (Click on the media bar below to hear Christopher Meloni)

So far, no start date or official title has been given for Meloni’s new show. Stay tuned!