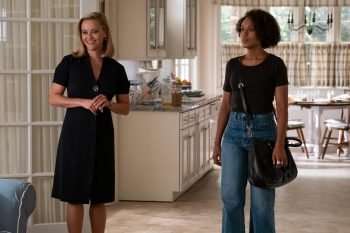 Once Reese Witherspoon became a bankable box office star, she decided she wanted to put her newfound clout to good use. Putting her money where her mouth was, she set up her own production company, focused on finding projects with better roles for female actors. It’s become her primary passion, and she’s used it well. Her latest project is the new Hulu miniseries Little Fires Everywhere. Witherspoon is producing the series, and she’s also starring in it with Kerry Washington. The two women told us they’re committed to their cause, and Little Fires Everywhere represents a step forward for them. (Click on the media bar below to hear Reese Witherspoon & Kerry Washington)