Kara Killmer: ‘Chicago Fire’ Brings Out Flames Of Passion In Its Fans 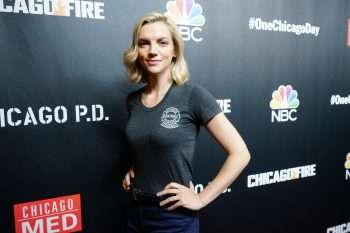 Fans of the TV show Chicago Fire were certainly delighted to learn that the show — already in its eighth season — earned a three-season pickup from NBC last month, ensuring the show will go far beyond the 200-episode threshold. While Kara Killmer is certainly happy to have more seasons to look forward to, she’s even happier for the fans, and she loves that they’re so passionate about the show. (Click on the media bar below to hear Kara Killmer)