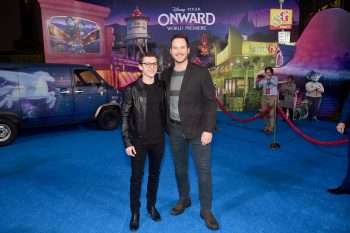 Neither Tom Holland nor Chris Pratt is an only child, so each of them brought plenty of personal experience to their roles as brothers in the new Pixar film Onward. There was a bit of a twist, though — Holland is a real-life big brother, while Pratt’s a little brother, and they’re the opposite in the film. They told us they had fun with the role reversal, and it even provided them with a little bit of wish fulfillment. (Click on the media bar below to hear Tom Holland & Chris Pratt)

Onward is now available for digital purchase, and it’s now streaming on Disney+