Dick Wolf Likes His ‘FBI’ To Steer Clear Of Politics 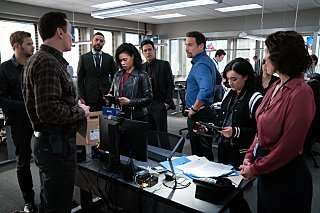 As you’ve no doubt read, heard, and seen in the news these last few years, the Department of Justice and the executive branch of the U.S. government haven’t necessarily seen eye-to-eye on a lot of issues. Because of that, the real-life FBI finds itself in an unusual set of political circumstances. Don’t expect that to find its way into Dick Wolf’s two CBS procedurals, though — Wolf wants to avoid even the slightest hint of political messages in his shows. (Click on the media bar to hear Dick Wolf)

FBI and FBI: Most Wanted air back-to-back Tuesdays, starting at 9/8c on CBS.