As The Newbie On ‘The Voice,’ Nick Jonas Says He’s Winging It 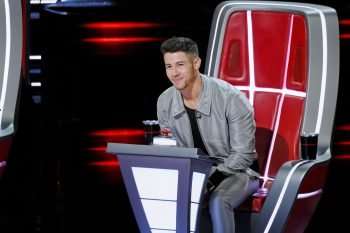 With The Voice moving into the Battles round of the competition, things will get a little trickier for Nick Jonas. As the only new coach on the show’s panel this year, this is new territory for him — it’s one thing to press a button to spin your chair when you like somebody, but this is where a lot more strategy enters the competition, with saves and steals. Jonas told us he’ll figure all that out as he goes along, but as a coach, his goal is to really focus on connecting with his team members. (Click on the media bar below to hear Nick Jonas)

The Voice airs Monday nights at 8/7c on NBC.