’30 Rock’ Made Fun Of NBC, And Tina Fey Says They Wanted It That Way 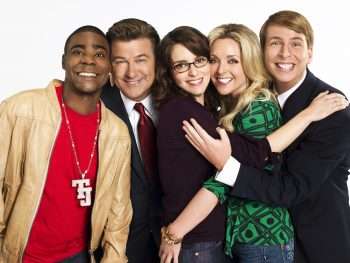 If you’ve got a little spare time on your hands these days — and let’s face it, who doesn’t? — you could definitely amuse yourself for many hours by binge-watching 30 Rock. With tongue firmly planted in cheek, the show took aim at the network television landscape by presenting its show-within-a-show as the backdrop for some pointed “bite the hand that feeds you” humor aimed at NBC. The show’s creator and star, Tina Fey, was well acquainted with NBC from her days at Saturday Night Live, and she told us she’d originally intended for it to be a different show… and it was NBC itself that encouraged her to take aim at the network! (Click on the media bar below to hear Tina Fey)

Every season of 30 Rock is now streaming on Hulu.