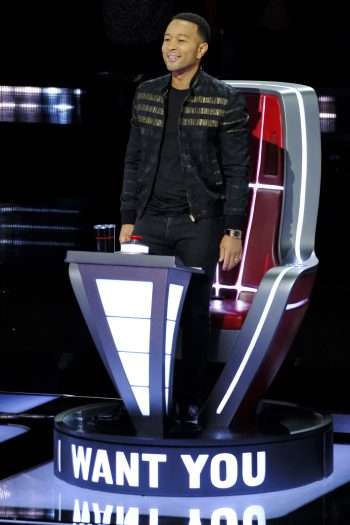 John Legend is finding a nice little groove on The Voice. Now in his third season, and now that he’s lost his “newbie” status to Nick Jonas, Legend says he’s really feeling a sense of camaraderie with the two “senior” coaches on the panel, Blake Shelton and Kelly Clarkson. (Click on the media bar below to hear John Legend)