Can A Movie Role Change KJ Apa’s Life? ‘Believe’ It! 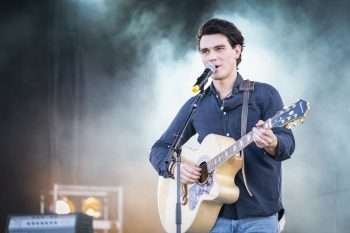 I Still Believe is the name of a song by Christian singer-songwriter Jeremy Camp, and now it’s also the name of a movie about his life and the tragic turn it took when his wife died of cancer just months after they were wed. Riverdale’s KJ Apa stars as Camp in the film, and he says that making the film and getting to know Camp have had a huge impact on his life. (Click on the media bar below to hear KJ Apa)

I Still Believe will be available for streaming rental on demand this Friday.