This Is Validation: Fan Feedback Makes It All Worthwhile For Sterling K. Brown 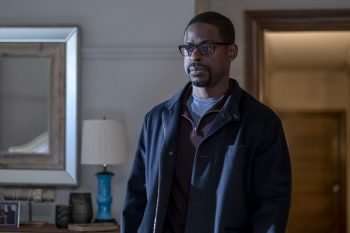 THIS IS US — “Lights and Shadows” Episode 410 — Pictured: Sterling K. Brown as Randall — (Photo by: Ron Batzdorff/NBC)

Sterling K. Brown spends a lot of time on set at Hollywood’s legendary Paramount Studios filming This Is Us.  Shooting in front of an audience of cast and crew members, the instant feedback he gets after he’s done his scenes — well, it might just be a little biased, so he takes it all with a grain of salt. But when he’s out in the real world and gets face-to-face feedback from the show’s fans, he says he hears the most incredible stories about how “This Is Us” has touched them, and it’s incredibly gratifying. (Click on the media bar below to hear Sterling K. Brown)