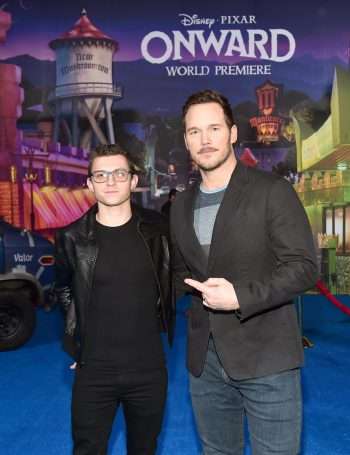 At the end of the Avengers saga, Tom Holland and Chris Pratt were brothers-in-arms. Now, in the new Pixar animated film Onward, they’re playing brothers. Not just brothers… elf brothers on a quest! Being close friends, Holland and Pratt were very excited about working on the project together. And after learning how personal the story was for co-writer/director Dan Scanlon, Holland told us it gave him and Pratt a lot of brotherly motivation. (Click on the media bar below to hear Tom Holland)

Onward opens in theaters on March 6.