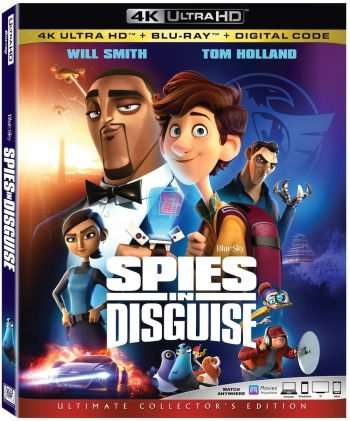 Spies In Disguise, an animated feature toplined by Will Smith and Tom Holland, hits Blu-ray, 4K Ultra HD, and DVD on March 10.

The story centers on Lance Sterling (Smith), a super spy who is inadvertently turned into a pigeon by scientist Walter Beckett (Holland). This mishap may end up helping Lance, as he’s been framed as a bad guy by a dangerous terrorist (Ben Mendelsohn) who’s armed with weaponized drones. Along with the help of Walter and other pigeons, Lance aims to take down the bad guy and save the world in the process! The picture made over $166 million worldwide.

Special features on the Blu-ray include:

***The digital version comes with an segment titled “Lunch Break.”