What Made ‘Fantasy Island’ A Dream Come True For Lucy Hale? 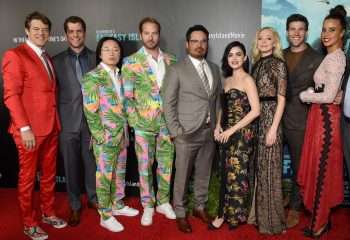 First, you’ve won a starring role in a Fantasy Island movie. What could be better than that? Well, then you find out you’ll be shooting for a couple of months in Fiji. What could be better than that? If you asked Lucy Hale — and we did — she’d tell you the best thing was working with a group of actors that she really loved. (Click on the media bar below to hear Lucy Hale)