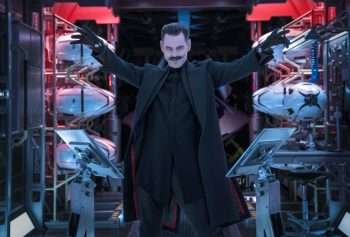 Many Jim Carrey fans would say he’s at his best when he’s playing wildly over-the-top characters. What better way to do that than to take the role of an evil genius in a movie based on a video game, right? That’s exactly what he’s done, playing the diabolical Dr. Robotnik in the new Sonic the Hedgehog film, and Carrey told us he had a wonderful time eliciting that evil in his performance. (Click on the media bar below to hear Jim Carrey)

Sonic the Hedgehog is playing now in theaters.