‘Breaking’ News From Vince Gilligan: ‘Saul’ May Be The Final Call 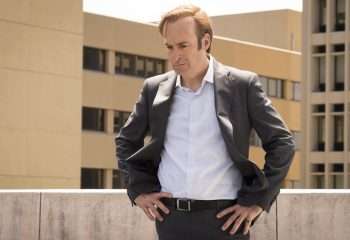 With just 62 episodes spread over five gut-wrenching seasons, Breaking Bad perfected the art of making the audience want more. And fans have, indeed, gotten more. The spin-off series Better Call Saul is about to enter its fifth season, and the movie sequel El Camino was a solid performer for Netflix last fall. With Better Call Saul getting reviews that rival Breaking Bad in glowing praise, it’s clear the producers’ creative tank is far from empty. Is it possible that the Breaking Bad universe could continue to expand with more shows and stories? We asked creator Vince Gilligan, who is almost certain that Better Call Saul will be the characters’ last call. (Click on the media bar below to hear Vince Gilligan)