With ’68 Whiskey,’ Middle East War Is Good For A Few Laughs 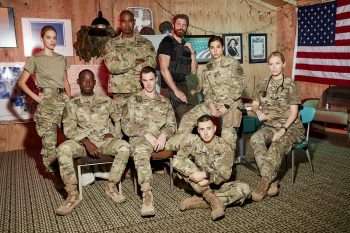 As Best Picture Oscar nominee Jojo Rabbit and perennial Emmy winner M*A*S*H have proven, sometimes the best way to look back at dark wars is through the lighter lens of comedy. The new series 68 Whiskey finds laughter in the grim desert sands of the Afghanistan War; the show’s executive producer and creator, Roberto Benabib, told us the laughs came organically, and they came from writers who knew exactly what they were talking about. (Click on the media bar below to hear Roberto Benabib)