Lucy Hale Finds This ‘Fantasy’ To Be Fulfilling 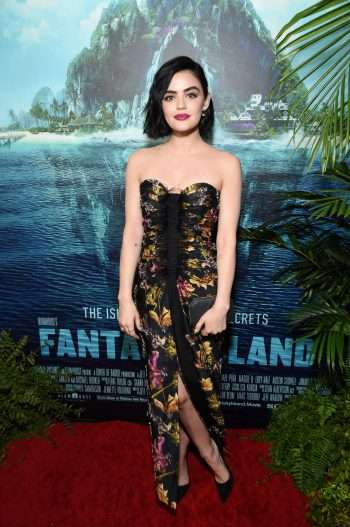 While the original Fantasy Island TV series was primarily about wish fulfillment, and the 1998 reboot had a darker side, the new Fantasy Island movie goes into entirely new territory. It’s a scary suspense thriller, and while Lucy Hale says the film stays true to Fantasy Island’s roots, she told us it also takes a lot of entertaining new twists and turns. (Click on the media bar below to hear Lucy Hale)