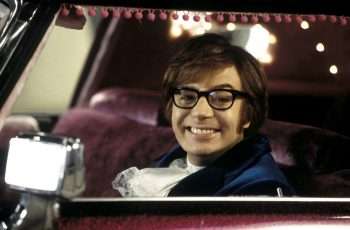 It appears there’s only one way to stop the rumors about a fourth Austin Powers movie, and that would be to actually release a fourth Austin Powers movie. A recent report cited Jay Roach, the director of the first three films, as saying he was up for a fourth, and that star/writer Mike Myers has been exploring ideas for a new sequel. Whenever we’ve talked to Myers about it, he’s been optimistic, saying he would be happy to make a lot more Austin Powers movies because he still carries such amazing memories of making the original film. (Click on the media bar below to hear Mike Myers)

Do you want to see the grooviest guy from the Swingin’ Sixties get to strut his stuff in a whole new decade? Let us know whether you’d want to see another Austin Powers movie in the comments.