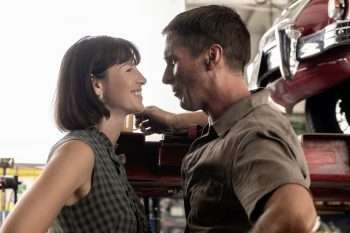 Ford v Ferrari, which was nominated for a Best Picture Oscar, hits 4K Ultra HD, Blu-ray, and DVD on February 11. The feature centers on American car designer Carroll Shelby’s (Matt Damon) and British driver Ken Miles (Christian Bale) attempts to build a race car for Ford and challenge Ferrari at the 24 Hours of Le Mans (the event took place in 1966).

Click on the media bar to hear Bale discuss what he loved about Ken Miles as a person:

Special features include the featurette “The 24 Hour Le Mans: Recreating the Course,” the 60 minute documentary “Bringing The Rivalry to Life,” and several pre-visualization sequences that aided director James Mangold and his crew throughout production. Are you a fan of Ford v Ferrari and is this one of your favorite Bale performances? Feel free to comment below!