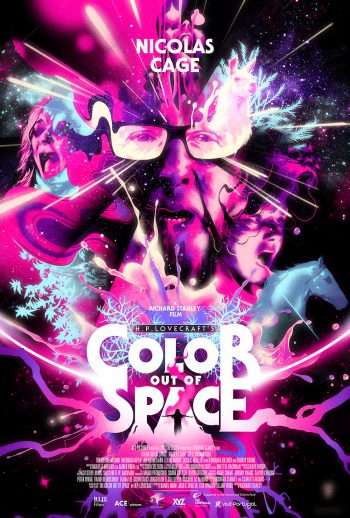 On the latest episode of CinemAddicts, we take a deep dive into the work of Nicolas Cage. His latest feature Color Out of Space is a must see picture on different fronts. First off, it’s directed by Richard Stanley, a filmmaker whose promising career (he debuted with the cult hit Hardware) was negatively affected after he was fired from The Island of Dr. Moreau. Stanley’s experiences are chronicled in the documentary Lost Soul: The Doomed Journey of Richard Stanley’s Island of Dr. Moreau.

Secondly, Cage delivers a fine performance as Nathan Gardner, the patriarch of a family whose lives are profoundly changed after a meteorite crashes into their front yard. Up and coming actress Madeleine Arthur, Joely Richardson, Brendan Meyer, and child actor Julian Hilliard (excellent as the youngest in the family) round out the ensemble.

Other films covered on the episode include The Gentlemen and the upcoming Blake Lively action thriller The Rhythm Section. Take a listen below!

Color Out of Space, based on a short story by H.P. Lovecraft, is now playing in theaters.