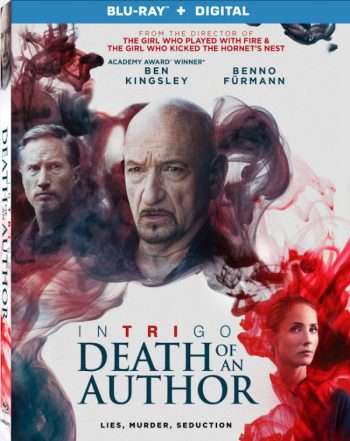 The narrative centers on Alex Henderson (Kingsley) a novelist who agrees to give advice to an aspiring writer named Henry (Benno Fürmann). Henry’s novel centers on a husband (also played in the film by Fürmann) who plans on killing his wife after she divulges she is leaving him.

Henry’s story might actually be true, and ultimately he enters a cat and mouse game with Henderson.  Daniel Alfredson, whose directing credits include The Girl Who Kicked The Hornet’s Nest and The Girl Who Played With Fire, helmed and co-wrote the feature.

Extras on the Blu-ray and DVD versions include “The Making of Intrigo” and A Portrait of Håkan Nesser.