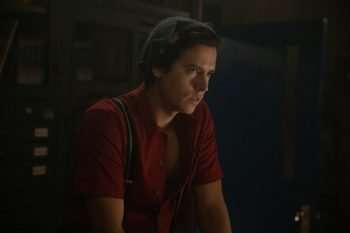 Thanks to social media, the people who make recorded entertainment — whether it be television, music, or movies — are getting feedback to their work almost (but not quite) as quickly as performers on a live theater stage. When this near-instant acknowledgement is positive, it can mean a lot to the writers, producers, and performers, because it lets them know how their hard work is paying off. Riverdale’s Cole Sprouse is one of those people who is very cognizant of what people say about his show, and he sees the fans’ complimentary feedback as the best kind of validation they can get. (Click on the media bar below to hear Cole Sprouse)

Riverdale airs Wednesdays at 8/7c on The CW.

Jane Levy’s Got A Few Suggestions For...

Zoey's Extraordinary Playlist could conceivably be described as a mash-up of Glee, which used known songs to build a buzz, and Crazy Ex-Girlfriend, which...
Read more

When It Came To Learning, Wilmer Valderrama’s...

Wilmer Valderrama was an unknown teenager when he was cast in the role of a foreign exchange student (hence the nickname "Fez") on That...
Read more