George Mackay: How They Rehearsed For ‘1917’ 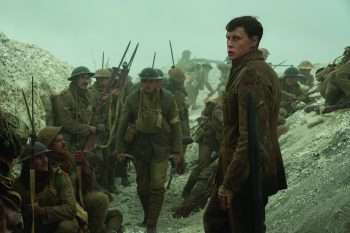 Because of the film’s unique shooting demands, rehearsals for 1917 stretched over a period of several months. Because of the time, the story, and the special requirements involved, the production had to build its own set. For star George Mackay, the process was difficult and unlike anything he’d ever experienced in his film career, and he explained to us what it was like. (Click on the media bar below to hear George Mackay)