‘Superstore’ Had A Super Surprise Planned For A Superfan 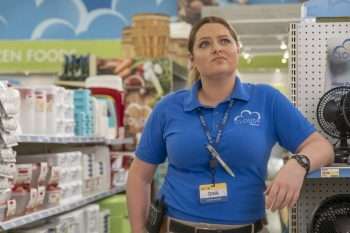 Every year, thousands of tourists flock to the Universal Studios theme park, which is part of the Universal Studios complex in Universal City, CA. And one of the highlights of every tourist’s visit is the tram tour of the Universal backlot. Because it’s a working studio, the trams often pass by active soundstages where movies and TV shows are being filmed. If you’re lucky, you might even spot an actor or two. Or, if you’re a superfan and let the cast know you’re coming, you may just get a very special surprise. Lauren Ash told us the story about how this happened for one big Superstore fan. (Click on the media bar below to hear Lauren Ash)