Saoirse Ronan: Love For ‘Little Women’ Driven By The Story 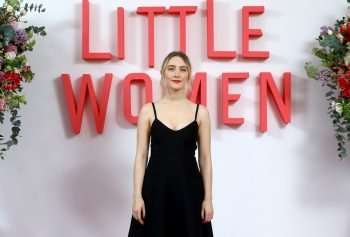 Earlier this week, Little Women was nominated for six Academy Awards, including Best Picture, Best Adapted Screenplay, and acting nominations for Saoirse Ronan and Florence Pugh. Between the Oscar buzz and the critical acclaim, it’s no wonder that audiences have been generating great word of mouth (it’s gotten an A- rating from Cinemascore). We asked Ronan why she thinks audiences have reacted so positively to the film, and she believes it all comes down to a story that’s both classic and contemporary at the same time. (Click on the media bar below to hear Saoirse Ronan)