How ‘Nora From Queens’ Turned Into Awkwafina 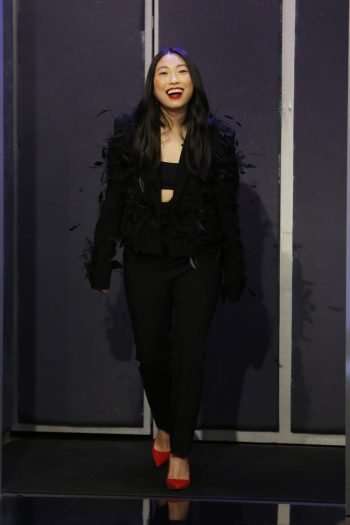 Before Awkwafina was Awkwafina, she was Nora Lum, a young girl of Chinese-Korean descent living a quiet life in Queens. Then, when she was 16, she adopted her new name and persona as she started to perform and rap. She hasn’t completely done away with her original identity — her new Comedy Central series, Awkwafina is Nora from Queens, has her starring as Nora Lum and playing a somewhat fictionalized version of herself. So why did Awkwafina, who’s also currently starring in Jumanji: The Next Level and just won a Golden Globe award for The Farewell, choose her distinctive stage moniker? (Click on the media bar below to hear Awkwafina)

Jumanji: The Next Level is playing now in theaters, and Awkwafina is Nora from Queens airs Wednesday nights on Comedy Central.