After ‘Homeland,’ Is More ’24’ In Howard Gordon’s Future? 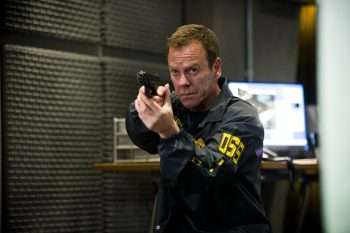 For the past several years, producer Howard Gordon has been focusing most of his efforts on the Emmy-winning Showtime series Homeland. But now that Homeland is in its home stretch, the rumor mill has been buzzing again. With Homeland ending, and with Kiefer Sutherland’s Designated Survivor cancelled by Netflix, plenty of people have wondered whether the two of them will get back together for a new season of 24. While the reboot without Sutherland, 24: Legacy, flopped for Fox, fans continue to express interest in seeing the next chapter of Jack Bauer’s story. When we spoke to Gordon, we asked what he thought about all of the 24 rumors. (Click on the media bar below to hear Howard Gordon)

The final season of Homeland premieres February 9 on Showtime.