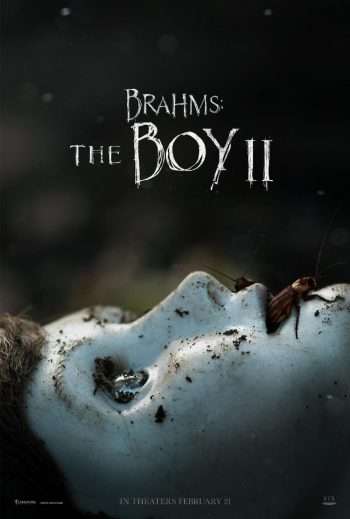 As witnessed by Don’t Be Afraid of the Dark and The Gift, Katie Holmes doesn’t mind a scare or two, and in the trailer for Brahms: The Boy II she may have landed her creepiest picture to date.The narrative centers on a young family (Holmes is the matriarch) who movies into an estate’s guest house. The young son makes a new friend with a life like doll whom he says is named Brahms. Christopher Convery (Gotham), Owain Yeoman (The Belko Experience) and Ralph Ineson (The Witch) round out the cast.

One factor that could ensure a sequel’s creative success is continuity, and The Boy filmmaker William Brent Bell and scribe Stacey Menear are back from the latest go round. The Boy, released in 2016 and toplined by The Walking Dead’s Lauren Cohan, made over $74 million internationally (its budget was estimated at $10 million.

Holmes looks absolutely convincing and invested in the story, as the trailer is downright scary. Check out the trailer and tell us what you think!