Difficult? Yes, But Sam Mendes Wouldn’t Want To Film ‘1917’ Any Other Way 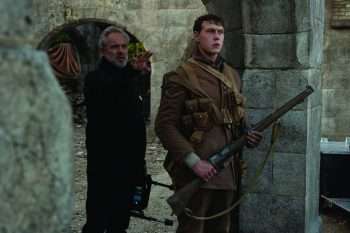 Sam Mendes took a lot of risks in the way he shot 1917, but they’ve paid off with a Golden Globes win for Best Drama, and the film will certainly score several Oscar nominations next week as well. The biggest decision Mendes made was to shoot the film so that it appeared to be one long take in real time. Doing so required a lot of rehearsals and a lot of precision from the cast and crew, but they came together and made it look seamless. It meant putting in a lot of extra time and extra effort, but Mendes says he had a clear vision for the film, which required this particular style of shooting. (Click on the media bar below to hear Sam Mendes)