For Robert Downey Jr., Doing ‘Dolittle’ Did A Lot For His Kids 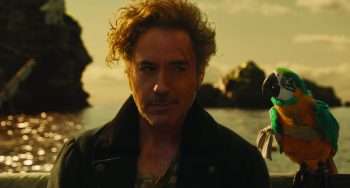 For the last decade or so, Robert Downey Jr.’s been spending most of his time in the Marvel Universe, appearing in 10 of the “Avengers” series films. Now that Iron Man’s story has come to an heroic end, Downey’s been freed up to make whatever movies he’d like. For his first non-Marvel film since 2014, he chose Dolittle a remake of the 1967 classic kids’ movie Doctor Dolittle about a man with the fantastic ability to speak to animals. It’s definitely a departure after all these years playing Tony Stark and his alter ego, but Downey told us that after all the fighting, he was ready to do something family-friendly. (Click on the media bar below to hear Robert Downey Jr.)

Doolittle opens in theaters on January 17.