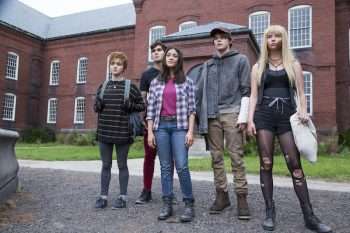 After a long delay, The New Mutants is finally seeing the light of day. Director Josh Boone’s (The Fault In Our Stars) feature was shot back in 2017 and had an initial release date of 2018. Disney’s purchase of Fox placed The New Mutants in further limbo, with speculation that the film would ultimately land on Disney+ instead of making a debut in theaters.

Thankfully that is not the case as Disney has decided to give this movie, which is based on the Marvel comic book series of the same name a shot. The ensemble includes Maisie Williams (Game of Thrones), Alice Braga (Queen of the South), Anya Taylor-Joy (The Witch), and Charlie Heaton (Stranger Things). Check out the trailer and tell us what you think!