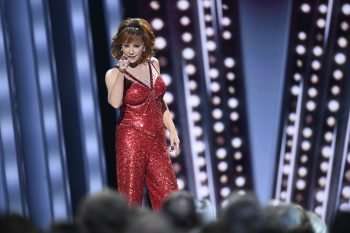 In the new animated film Spies in Disguise, country music legend and former Reba star Reba McEntire plays Joy, the director of a Bond-like spy agency. In real life, McEntire’s twangy Southern drawl is one of her most animated features. However, playing a serious woman in a position of power, McEntire says that she and the film’s directors — ironically enough — worked together to make her voice sound a little less animated. (Click on the media bar below to hear Reba McEntire)