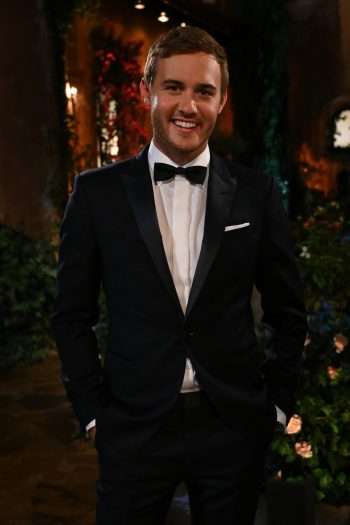 Peter Weber may not have emerged as a winner on the last season of The Bachelorette, but he did leave the show with a lot of optimism. To paraphrase The Darkness, Weber believes in a thing called love, and even though things didn’t work out on The Bachelorette, he feels good about his chances now that he’s The Bachelor As his season begins, Weber is convinced that its storyline will lead to a finale of true love. (Click on the media bar to hear Peter Weber)

The Bachelor airs Mondays at 8/7c on ABC.