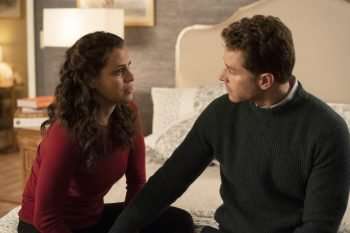 The first season of Manifest, thanks to its intriguing storyline and concept, garnered a loyal following and now it’s carrying that momentum for a whole new batch of episodes.

Manifest centers on the lives of the crew and passengers of Montego Air Flight 828 as they return to a world that has grown five years since their disappearance. It’s a twist filled and layered storyline that would make Rod Serling (The Twilight Zone) proud, and along with its visually driven narrative, the series features its share of A-list collaborators (Flight filmmaker director Robert Zemeckis is an executive producer).

Click on the media bar to hear cast member Athena Karkanis talk about how the “death date” is a driving force in the second season: