Scott Bakula: Why ‘Quantum Leap’ Still Lives For Many Fans 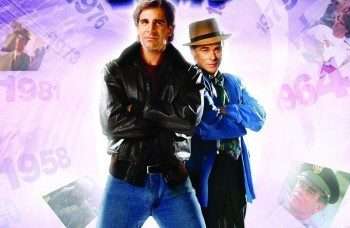 Scott Bakula is perfectly happy at his latest TV home, NCIS: New Orleans. But that still doesn’t keep the rumors from popping up every so often about the show that made him a star, Quantum Leap. Hardly a TV season goes by when you don’t hear something floating about a TV series reboot or a one-off movie updating the story of Dr. Sam Beckett, who was still jumping from life to life when the series ended in 1993. While many considered the show to be ahead of its time when it premiered, Bakula believes just the opposite — that the show Donald Bellisario created was actually timeless. (Click on the media bar below to hear Scott Bakula)