On The Set, Jamie Lee Curtis Always Plays The Cheerleader 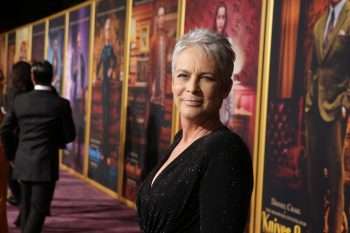 Jamie Lee Curtis grew up with moviemaking in her blood. Literally — as the daughter of film legends Tony Curtis and Janet Leigh, she spent plenty of time on Hollywood sets when she was a young girl. As she grew and started making movies herself, her love of the shooting process only grew, and she took an interest in what everybody was doing on the set. After four decades as a movie star, that enthusiasm for filming hasn’t waned a bit, and she goes out of her way to bring everybody on her sets together as a team. In the case of her new movie, Knives Out, that even went beyond the cast and crew — Curtis told us she even bonded with the owner of the house where they filmed. (Click on the media bar below to hear Jamie Lee Curtis)

Knives Out is playing now in theaters