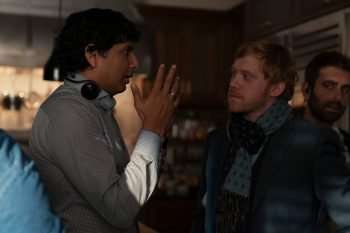 At this point in M. Night Shyamalan’s career, his next move can be as difficult to predict as the twists in his projects. In the last few years, he’s spent his time flitting between movies, TV, and now streaming services. And whether it’s writing, directing, producing, or even making guest appearances on This Is Us, he’s been one of Hollywood’s ultimate multi-hyphenates. His latest project is one that’s garnered a lot of buzz: the Apple TV+ show Servant. He’s an executive producer on the show, he’s also stepped behind the camera to direct two episodes, and — if you watch closely — you’ll see he’s also stepped in front of the camera in two episodes. We spoke to Shyamalan about the differences between making movies and episodic shows, and he also explained why he decided to go with a streaming show. (Click on the media bar below to hear M. Night Shyamalan)