‘1917’ Stars Definitely Did Their Homework 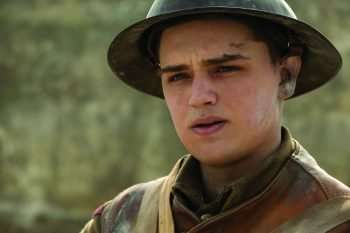 When Oscar nominations are announced, it’s a good bet that Sam Mendes’s 1917 will be among the Best Picture finalists. In its limited run, the film has gotten great reviews, excellent word of mouth, and three Golden Globe nominations. Dean-Charles Chapman and George MacKay play the two soldiers tasked with delivering a vital message to the front lines, and they took the historical context of their roles very, very seriously. Chapman told us the two of them did a lot of research before shooting started, including visits to the real-life sites where the story took place. (Click on the media bar below to hear Dean-Charles Chapman)

1917 is currently playing in selected theaters; it will open in wide release on January 10