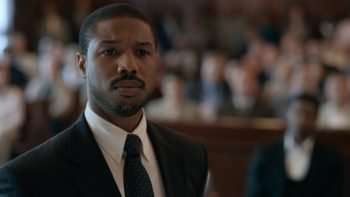 The new film Just Mercy is based on the real-life story of a Death Row prisoner and the young lawyer who fought to have his murder conviction retried and overturned. Michael B. Jordan stars as the defense attorney, but he was also a producer on the film. He told us the movie and the story that inspired it are important to him because the issues involved are still important ones in present-day America. His hope, he says, is that the film can start a meaningful dialogue about those issues. (Click on the media bar below to hear Michael B. Jordan)

Just Mercy is currently playing in limited release and will open nationwide on January 10.