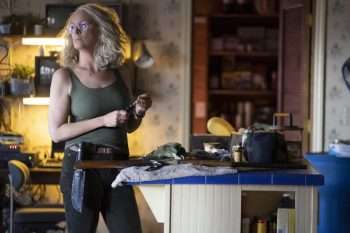 The Society of Camera Operators (SC) has announced actress and philanthropist Jamie Lee Curtis as the President’s Award Honoree for the 2020 Lifetime Achievement Awards. The star-studded event takes place January 18 at the Loews Hollywood Hotel.

“We are honored to present this award to such an iconic, talented, and truly brilliant professional as Jamie Lee Curtis,” shared George Billinger III, SOC President. “Her work has inspired so many of us and we are appreciative for all of her extraordinary contributions – to the business and the creative community at large.”
Curtis, the daughter of late actors Janet Leigh and Tony Curtis, has starred in Halloween, True Lies, and most recently Knives Out. Click on the media bar to hear the actress discuss how director John Landis had an impact on her career (she worked with Landis on a short and Trading Places):