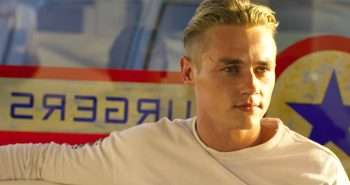 Reviews and word of mouth have been good for 6 Underground, the new action movie from director Michael Bay. The film stars Ryan Reynolds as the leader of a six-person crime-fighting group that’s gone completely off the grid. Ben Hardy plays one of his fellow anonymous agents, and he talked to us about why he was so excited to get involved with the project. (Click on the media bar below to hear Ben Hardy)

6 Underground is streaming now on Netflix.