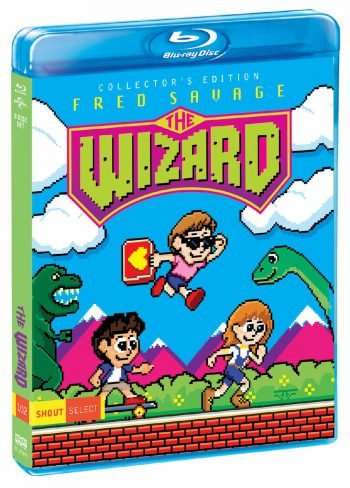 The 1989 cult favorite The Wizard, toplined by Fred Savage and directed by Todd Holland (Krippendorff’s Tribe), hits Blu-ray March 24 via Shout Select. Along with a 4K scan of the film, the disc comes with a plethora of special features.

The narrative centers on Jimmy Woods (Luke Edwards) who runs away from home with his brother Corey (Fred Savage) after a family tragedy. Accompanying them on their road trip is Haley (Jenny Lewis), a teen who’s headed to Reno. Jimmy’s hidden talent in video games may come in handy during his journey to California, but unfortunately his father (Beau Bridges) and other brother (Christian Slater) are in hot pursuit!

The Wizard’s special features include audio commentary from Todd Holland, never before seen deleted scenes, and a featurette (“The Road to Cali-forn-ia”) that looks into the making of the film with interviews from Fred Savage, Luke Edwards, writer/producer David Chisholm, and producer Ken Topolsky. Other extras include a post screening  Q&A from Let’s Play Gaming Expo 2019 with Edwards, Chisholm and Topolsky, a photo gallery, and two other featurettes “How Can I Help You? Confessions of a Game Play Counselor,” “A Clinical Analysis of the Wizard,” and trailers.